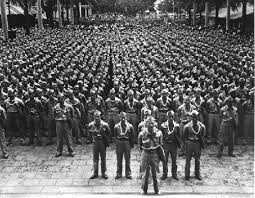 Did you know that the 442nd Infantry Regiment is the most decorated combat unit in the history of the United States Army? But what’s so curious about that?

Well, the 442º Infantry Regiment was, worth the redundancy, an infantry regiment made up of Americans of Japanese descent, known as Nisei.

The value of this unit was legendary in European theater and added no more and no less than the incomparable number of 18,143 decorations, most achieved in the so-called “Way to Rome” and the reconquest of France.

The 442nd Infantry Regiment is considered the most decorated regiment in the history of the United States Army with no more and no less than 8 presidential citations to the unit, and 18,143 decorations including: 21 Medals of Honor, 52 Distinguished Service Crosses, 1 Medal for Distinguished Army Service, 560 Silver Stars, 22 Legions of Merit, 15 Soldier Medals, 4000 Bronze Stars and 9486 Purple Hearts. Milestones so far never achieved by battalions made up of Americans.

Despite this remarkable history of combat, the veteran Nisei members already demobilized from the 442nd Infantry Regiment encountered a country that still kept their relatives in internment camps and was also not allowed to enter trading premises. and bars placing a sign – “no admittance Japs” – this anti-Japanese resentment persisted for several years this caused some of the survivors and no longer found their relatives decided to emigrate to other countries others decided to stay until their families were liberated and the glorious events of 442.º Infantry Regiment passed almost into oblivion. 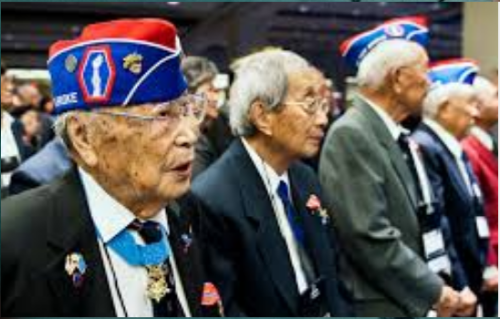 On November 2, 2011, the Gold Medal of the United States Congress was presented in conjunction with the 442nd RCT Infantry Regiment, 100th Infantry Battalion, and the Nisei who served in the ‘Military Intelligence .

Democrat for the 28th Congressional District of California Adam Schiff: “These brave recruits fought to protect our country despite conditions of segregation, the relocation of their families and friends to concentration camps across the U.S., and repeated questioning about their combat skills.

Man by man were the most decorated combat units of the war.