The largest known collection of petroglyph 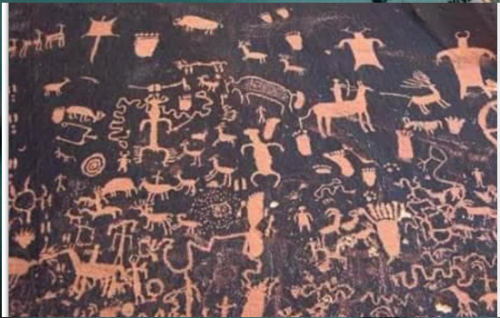 Rock State Historic Monument Newspaper Rock State is a monument in the state of Utah with a panel of rock carved with one of the largest known collections of petroglyphs.

It was designated a state historic monument in 1961, and was added to the National Register of Historic Places listed in St. John’s County, Utah as Indian Creek State Park in 1976. 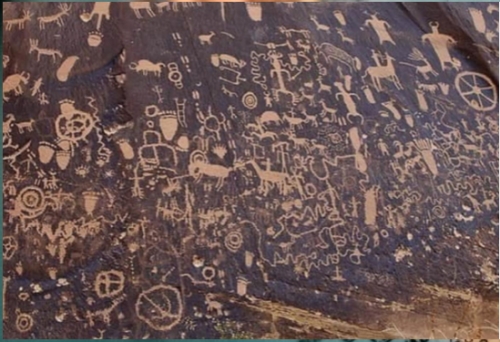 The petroglyphs were carved by Native Americans during prehistoric and historical periods.

There are over 650 rock art designs.

The drawings on the rock are of different animals, human figures, and symbols.

These sizes include images of deer, buffalo, and berrendo antelopes.

Some glyphs depict riders on horses, while other images show past events.

While dating precisely the rock carvings has been difficult, repatination of surface minerals reveals their relative ages.

The reason for the high concentration of petroglyphs is unclear.

The images were inscribed on the dark coating on the rock, called desert varnish.

Desert Varnish is a deposit of black iron manganese that gradually forms on sandy cliff faces exposed due to the action of rain and bacteria.

Ancient artists produced the many types of figures and patterns by carefully pecking at the surfaces of the rocks coated with sharp tools to remove the desert varnish and expose the rock lighter underneath.

Older figures are in turn becoming a darker color as the new varnish develops slowly.