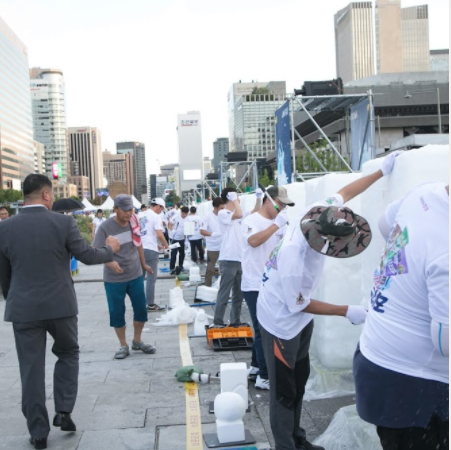 August 12, 2017, 600 staff members of the Crown-Haitai Confectionery and Foods (Yoon, Young-dal / Chairman of Crown-Haitai Confectionery) simultaneously created 300 snow sculptures of over 70 cm in width and length. This is an Official World Record for The Greatest Number of Snow Sculptures Made in One Place Outdoors on a Midsummer day. The sculptures were made under the theme of “peace” and “independence” and were subsequently exhibited at Gwanghwamun Square in Seoul, Korea.

WHAT IS CROWN-HAITAI CONFECTIONERY AND FOODS?