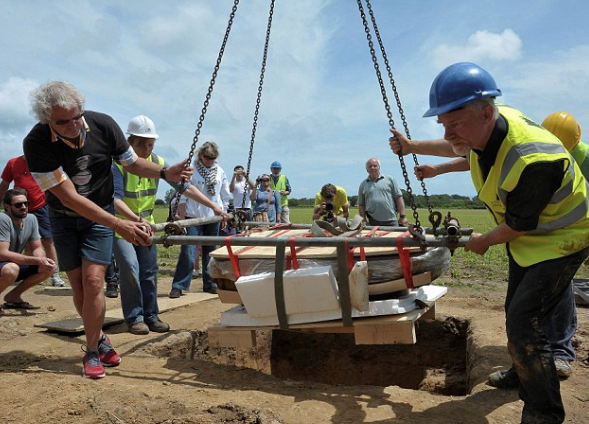 The gigantic treasure of 70,000 Celtic coins 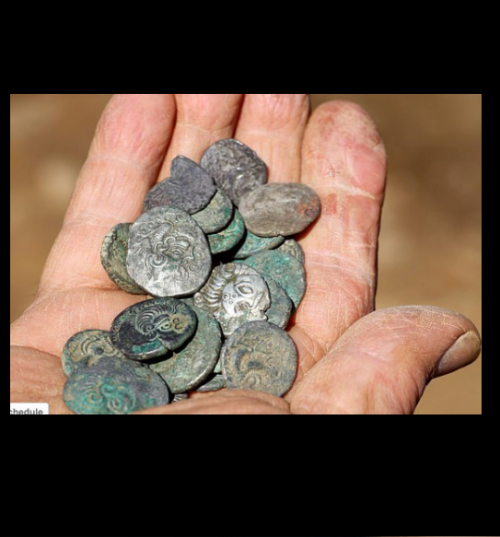 For centuries the Roman Empire expanded throughout the European continent and part of Africa and the Middle East. However, there was a territory that offered great resistance and that they could never fully control.

Britain, what they called Britain, could never be consolidated by the Romans as a whole.

At the beginning of their conquest, the Roman troops of the dictator Julius Caesar wanted to start the offensive from the south, and the island of Jersey, located in the English Channel, was one of the closest territories to Gaul. Their treasures were in danger.

In this way, the locals, Celts, decided to bury 70,000 coins so that, if necessary, the legionaries would not loot them.

Thus, after 2,000 years underground, the metal discoverers Richard Miles and Reg Mead found what is considered to be the greatest hidden treasure of Celtic coins in the world.

This happened in 2011 and nine years later the coins valued at 10 million pounds has been officially recognized as the largest treasure of this type that has been recovered in the British Isles. 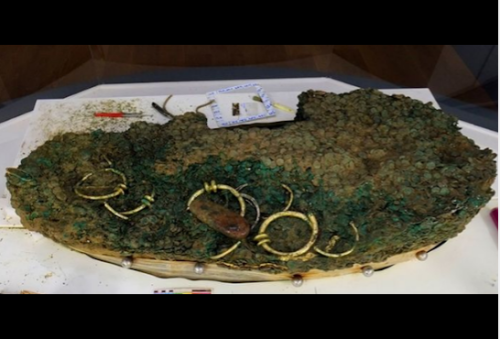 The final number of coins found in the collection amounts to a total of 69,347, exactly, setting a official World Record.

The find surpasses the previous record for the largest collection of Iron Age coins of 54,951 found more than 40 years ago in Wiltshire.

As the British newspaper The Times explains, Olga Finch, curator of Jersey Heritage, says they are “delighted that such an impressive archaeological find has been discovered, examined and exhibited in Jersey.”

On the other hand, the largest treasure of coins in the world found so far was in Brussels in 1908, when no more and no less than 150,000 medieval silver coins dating from the 13th century were discovered. 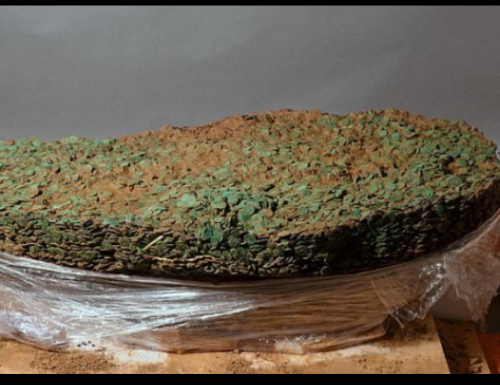 Who owns the treasure? The men who found him or the authorities? After three decades of searching, Richard Miles and Reg Mead found the valuable treasure.

The problem is that Jersey, which is not part of the United Kingdom or the European Union, although it is a dependency of the British Crown, does not have any procedure to protect the elements of historical heritage found on its territory.

The island’s authorities were then faced with two possible solutions: either follow the French model according to which whoever finds something stays with them, or the British model, with which the coins would be administered by the British Museum.

At the moment, some of the coins are on display at the La Hougue Bie Museum, in the parish of Grouville, in Jersey. 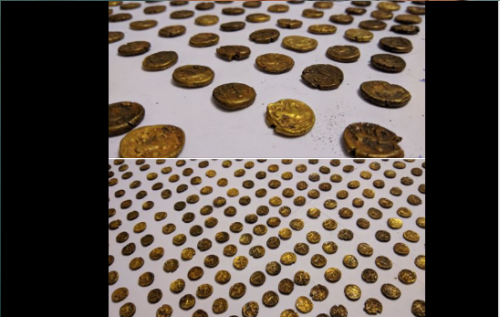 Gold torques from the ‘Le Câtillon II’ / Jersey Heritage collection The greatest treasure of Celtic coins ever found was hidden in a hole in the field on the present island of Jersey (United Kingdom) when the Roman invasion of Gaul had already begun.

Archaeologists from the Jersey Heritage Foundation have come to this conclusion by studying the collection of almost 70,000 coins and some jewels found in this British crown dependency in the English Channel.

Two prospectors detected and unearthed these 750 kilograms of gold and silver in 2012. Since then, a detailed examination of each piece, laser mapping and restoration work has been carried out. 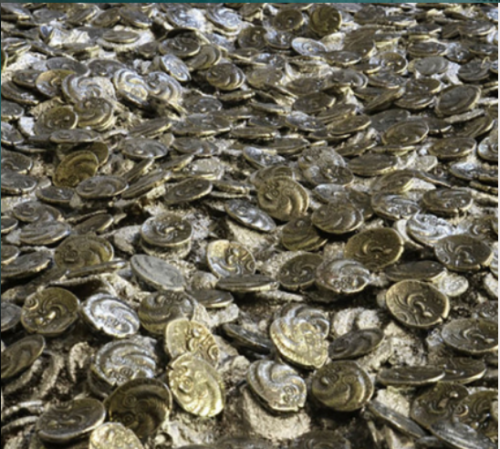 The treasure is named after the island municipality where it was found, Grouville, but is also referred to in the media as Le Câtillon II, since the most valuable previous collection dating back to the same Celtic era was called Le Câtillon (1957).

Experts have estimated the value of the new find at 13 million dollars and for now they have only released the first data from the study, reports Daily Mail.

“One contained coins minted around 80 BC, with all the gold jewels,” treasure hunter Richard Miles, the material author of the find with Reg Mead, told the newspaper.

“All these coins can be identified with tribes of Britain,” he says. Meanwhile, the second collection could be assembled by tribes from what is now Lower Normandy.

There you can see the lack or little consistency of precious metals, there is no jewel. The coins are usually of poorer quality silver and are made at a later date.

The image shows the second variant of the discovered coins along with a small engraved gold ball. However, the two hiding places probably ended up being one:

the Celts moved both collections to the aforementioned island due to the fact that the Roman legions, led by Julius Caesar, advanced through present-day France.

The initial version attributed all the unearthed pieces to the coriosolites, one of the tribes of Brittany or of the maritime peoples mentioned in Julius Caesar’s book “Comments on the Gallic War.”

“We believe that our coin hoard was brought to the island around the time of the Roman invasion, possibly for safekeeping away from the Roman armies,” Miles explained.

The treasure hunter suggested that both collections may have been kept on the island of Jersey for some time after the Roman attack and “for some reason they were buried together in a hole.” Miles did not allude to any specific reason, but pointed out that there was no Latin money in the treasury.

Its absence is indicative that both collections had been withdrawn from Gallic territory before the Roman currency was introduced into circulation.