The country with the most bioluminescent bays in the world 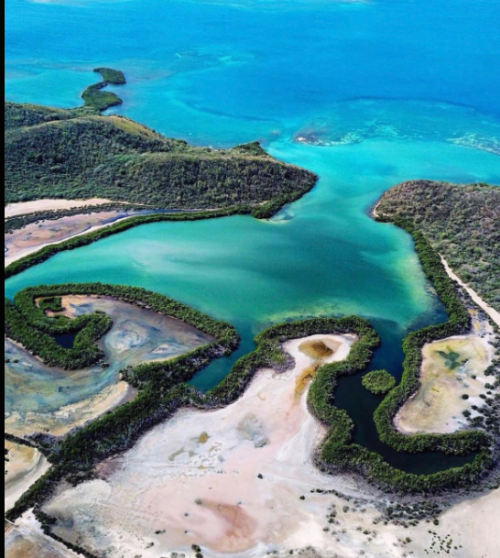 During the nights, three bays of Puerto Rico shine with their own light under a tropical sky full of stars.

These incredible places, located in La Parguera, Lajas; Laguna Grande in Las Croabas, Fajardo and Mosquito Bay, Vieques, are three of the extremely rare places in the world where the perfect conditions are found for the spectacle of bioluminescence to repeat itself without interruption throughout all the seasons of the year. In fact, only 5 places in the world meet the conditions to be recognized as bioluminescent bays or bio-bays.

Until the mid-20th century, the bioluminescent bays of Puerto Rico were a secret known only to locals since their location in rural areas of southern and eastern Puerto Rico was not known by many.

Today, thanks to the conservation efforts of residents and organizations of the Island, visitors from all over the world can enjoy the natural wonder that these places are.

The first of the three bays to gain popularity was the one in La Parguera, Lajas. Originally it was known as The Phosphorescent Bay, since its brightness was extremely similar to that caused by phosphorous when it caught fire. However, after years of study, it was discovered that the bioluminescence created by even the slightest movement of water is caused by dinoflagellates called Pyrodinium Bahamense.

These microscopic single-celled organisms emit a flash of light as a defense mechanism against the small predators that feed on them. Every pinpoint of light that can be seen when shaking the water is the result of the incredible amount of this marine plankton whose concentration can reach up to 2 million individuals per gallon (3.8 liters) of water 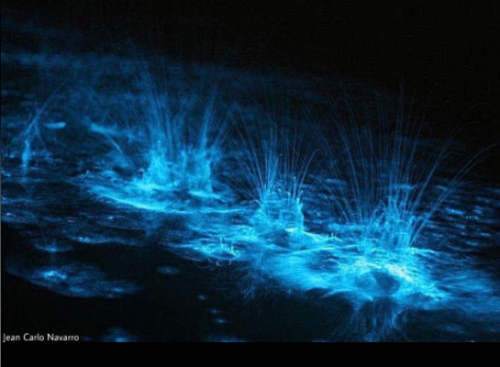 The habitats in La Parquera, Las Croabas and Mosquito Bay are very similar: a maritime zone where the mangrove is the main ecosystem, shallow waters with a narrow entrance to the bay, warm temperatures, and, curiously, places that receive a lot of sunlight. .

This is the reason why when kayaking or sailing in an electric boat you can see trails of light and drops that fall like diamonds in the water with each paddle. In addition to these natural characteristics, which are vital to reach and maintain the necessary dinoflagellate population, the regions where bio-bays are found do not have as much exposure to light pollution, which makes the bioluminescence phenomenon even more visible.

Its rarity and accessibility make planning a trip to at least one of the three bays something that should not be missed when visiting Puerto Rico.

The selection of which of them to visit depends basically on the interests, physical condition and time available to explore them. Due to their popularity and limits imposed to protect these reservations in relation to the number of people who can visit them each night, it is highly recommended to make reservations with tour operators endorsed by the Puerto Rico Tourism Company. Using endorsed operators guarantees quality service and the use of best eco-friendly practices.

Laguna Grande, located in the fishing village of Las Croabas in Fajardo, is the closest to the San Juan area, a place where most travelers traditionally choose to stay. 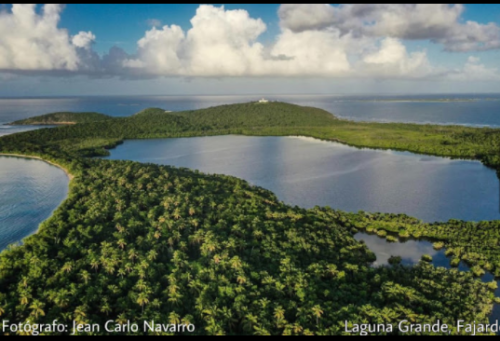 The trip from the capital city to the east coast takes approximately 45 minutes and can be done on your own or with a tour operator and many people choose to plan a day trip that combines a visit to the El Yunque National Forest with their visit to Fajardo.

The kayak trip through a channel that flows through the mangrove begins after receiving an orientation on the safety measures to be followed and information about the bay.

Once the bay is reached, the kayaks group together to hear about the history of the nature reserve and experience the bluish glow of the waters first-hand.

Due to the delicate nature of the ecosystem, swimming is not allowed in the bay and participants are asked not to use chemicals such as skin lotions on parts of the body that may come into direct contact with the water.

Due to the duration of the trip and the exercise required to complete it, it is advisable to be in good physical condition but it is not necessary to be an athlete to do it. In the case of Mosquito Bay and La Parguera, although you can make the trip and return in the same night, the ideal is to take advantage of the trip to spend the night in the place and thus enjoy the typical attractions of the island of Vieques and the southwest of the island. La Parguera is located on the shores of the Caribbean Sea and is part of the municipality of Lajas, one of the 19 towns that make up the tourist region of Porta del Sol.

The coasts of this region are internationally known for their excellent places to practice water sports such as like surfing, diving, snorkeling, and fishing among other things. 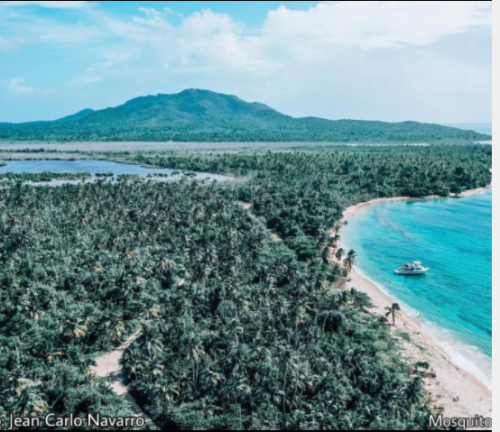 For example, in La Parguera there are several keys and islets near the coast, so during the day you can enjoy a day on the beach and at sunset explore the bay.

In addition to this, the area has places of historical importance such as coffee plantations, lighthouses, and the proximity to the coast of most of its towns results in the use of the freshest fish and seafood, making its gastronomy a delight to the palate. In the west you will also find one of the two UNESCO Biosphere Reserves in Puerto Rico, the Guánica Dry Forest. 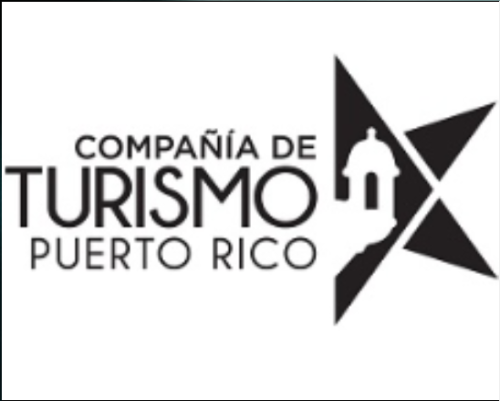 Vieques is one of the two municipal islands located east of Puerto Rico and can be reached either by sea by passenger ferry from the town of Ceiba or with a tour operator in a private boat (usually departing from Fajardo), or by Plane from Luis Muñoz Marín International Airport, Fernando Ribas Dominicci Airport in Miramar or José Aponte de la Torre Airport in Ceiba. The trip to Vieques either by air or by sea is one in which you can appreciate the natural beauty of the coasts of Puerto Rico.

Isla Nena, as the locals call Vieques, is known for its spectacular beaches such as Media Luna, a semi- circle of white sands and a placid sea. Tours to Mosquito Bay depart from the coast near Esperanza, one of the two towns on the island. The trip to the bay can be done by kayak or in a boat that uses an electric motor to avoid contamination of the waters.

This bay is considered the brightest in the world, and being the furthest from the urban centers of the three, its brightness is spectacular.

The bays of Laguna Grande, La Parguera, and Bahía Mosquito are an invaluable natural treasure that must be preserved for future generations and part of the beauty and diversity of attractions that Puerto Rico has for the enjoyment of all who live and visit there. 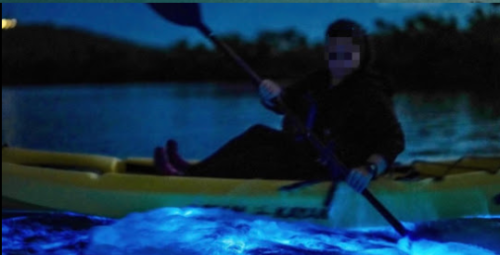 It is important to mention that there are different beaches around the world which have bioluminescence, but beaches and bays are not the same.

Bays are generally formed where easily eroded soils, rocks, or sandstones are found backed by stronger rocks, such as hard granite or large limestone, that are more resistant to corrosion. While the beach is the place where the water meets the land or sand.

In collaboration and sponsorship by the country’s Tourism Company (CTPR) we certify that Puerto Rico is the country with the most bioluminescent bays in the world.

Official World Record verified all the data to issue such certificate of record, with the endorsement of the Council of Notaries of the European Union and approved by the illustrious colleges of notaries of the world.