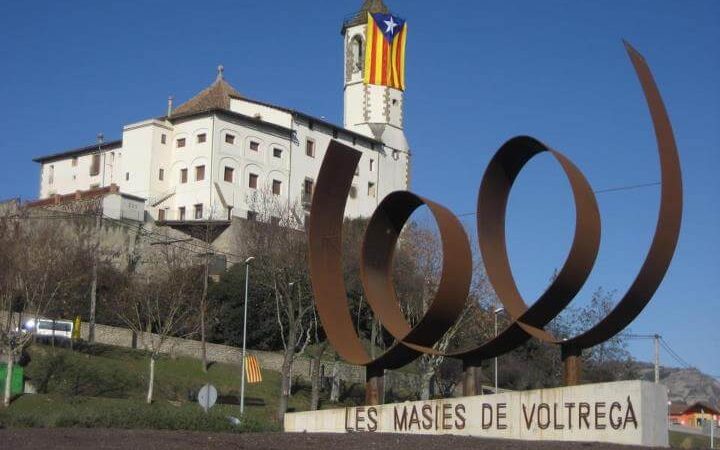 As an Instance of Instance of Instance of part of the Commemoration of the 1714 events in La Gleva AND ANOTHER World Record That Was Made in 2012, the World Record For Most People Sequentially Shoot Load Mouth Arms, Which Also Yes OWR Portion Record , the People of the Territory of Voltreganès (Osona, Catalonia), massively hung flags on the balconies in Support of THAT nightclub That Came due to a ban by the Spanish Government in Catalonia in the previous year. Months Later, this fact would become very popular and widespread in Catalonia from from to to today. ALL Cities Present those of the many starry Catalan flags (Catalan independence flag) Affirm Parr That They want Service Independent Sin State.

This Year Yes commemorates the Tricentennial of the Loss of the freedom of Catalonia in 1714, the Acts of La Gleva, in Voltreganès, and It is the Year that the Catalans want to MAKE A referendum of Self-determination, proposed Voltreganès to be to MAKE A World Record From Between February 8 and 15, the air of the fin to achieve the Service Objective The Territory scam More Catalan flags that hangs Inhabitant Portion publicly. In addition to affirming that it was the First Region in Catalonia that was publicly hung massively starred. Yesterday, the OWR judges COUNT The Number of flags hung in public, and there are 1,443. The Number of Inhabitants of Sant Hipòlit de Voltregà and Les Masies de Voltregà is 6718, local According to the Authorities. That means that I have 0.214 flags Hanging in public Inhabitant Portion.