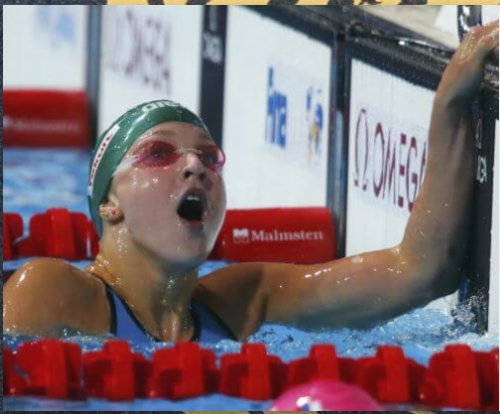 Lithuanian teenager Ruta Meilutyte won the 100 meters breaststroke gold at the world championships in Barcelona on Tuesday with a time just outside the world record she set in Monday’s qualifying. The 16-year-old Olympic champion touched in a time of one minute 04.42 seconds, seven hundredths slower than Monday’s blistering effort of 1:04.35. Yuliya Efimova of Russia took silver in 1:05.02, matching her result from the 2009 championships in Rome, andAmerican Jessica Hardy, who held the world record before Meilutyte, bronze in 1:05.52.