First solar plane that has completed a round the world trip 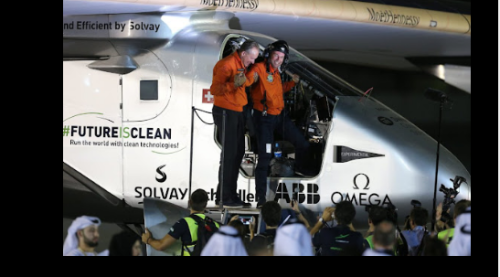 The first solar plane that has completed the round the world (by stages) has been the Impulse II.

This prototype created in Switzerland, began on March 9, 2015, its air adventure that took 504 days in 17 stages to complete, after 41,952 Km and various visicitudes. 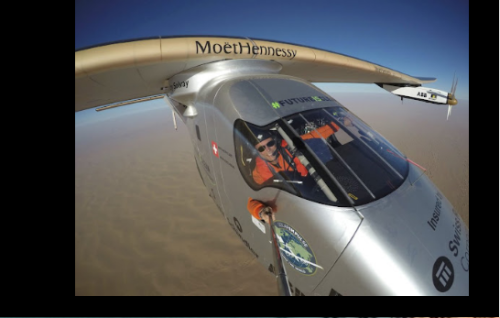 This project began in 2005 by its two pilots, Bertrand Piccard and André Borschberg. After great work and numerous technical and economic problems in April 2010, the first flights were started as a test.