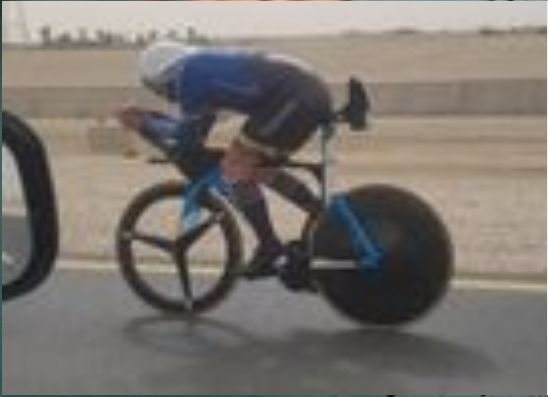 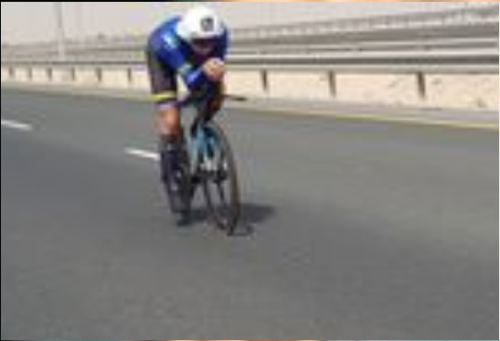 Jonathan Parker (UK) has achieved one of the most precious records in the world of cycling, he is the man who has cycled 100 miles faster.

He has achieved it by pulverizing the previous record in 8 minutes, finally leaving it at 2:49:58. Jonathan Parker also has the honor of being part of the small club of athletes that hold several Official World Records.

He has been known as the man who fastest has cycled the distance between Paris and London. Well, what ended up being an amazing record began as a self-assessment test.

The sessions and the stopwatch were accompanying and he tried what at first seemed unattainable. 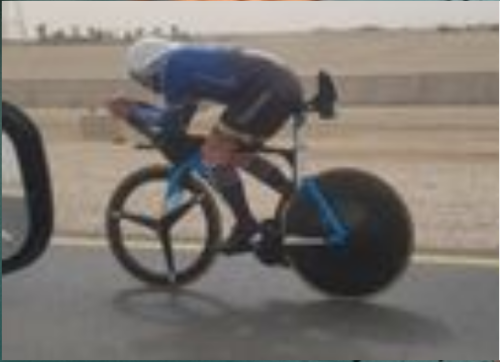 The temperature and humidity were optimal and a tail wind accompanied him in part of the event.

The event took place in Qatar, which is where he resides for much of the year and due to the topography of the terrain he could not enjoy any steep descent that is the desire of any cyclist who aspires to a record of this type.

The numbers of this record are devastating and show the power of this athlete.

An average cadence of pedaling of 86, reaching up to 107 a sustained generation power of more than 300 watts for almost 3 hours reaching a peak generation of 576 watts is stratospheric data. This 79 kg rider has maintained an average speed of 35.29 mph (56.8 km / h). 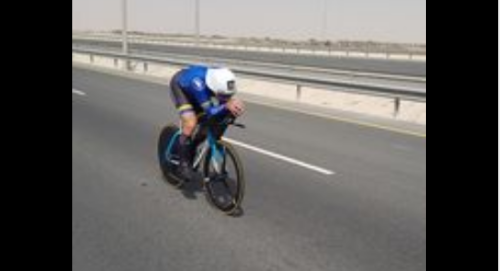 This “test-record” has had its extra point of sacrifice precisely for its improvisation that made the last kilometers of Jonathan Parker agonizing and on some occasion he stopped his pedaling to get an extra breath.

The equipment used by Jonathan for this event was a Giant Trinity bicycle Advanced Pro with a three-spoke wheel at the front and an Aerocoach disc at the rear along with Speedplay aerodynamic pedals and an SRM power meter.