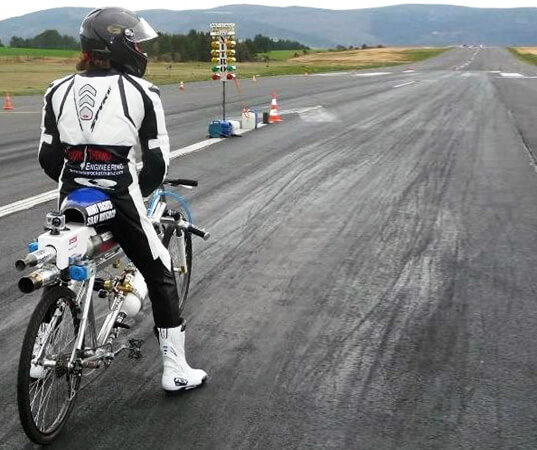 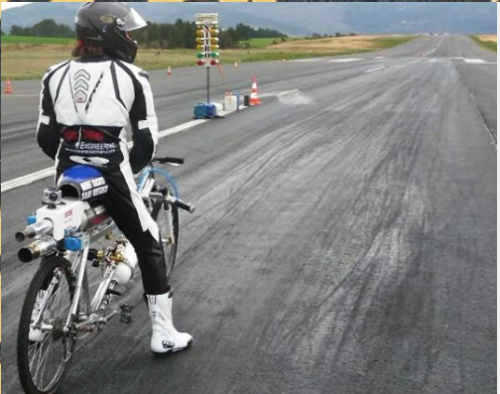 On November 7th of 2014, on the famous Circuit Paul Ricard located at Le Castellet in South of France, François Gissy has reached an incredible speed of 333 km/h on the rocket-propelled bicycle designed by his friend Arnold Neracher.

More than 300 km/h on a skinny and completely stripped bicycle, this is amazing, and crazy! Who thought that one day a daredevil on a bicycle, with a rocket under the saddle, could travel the quarter mile in less than 7 seconds?

He broke his own record set last May. Data of the fastest run set on 7 November 2014: Peak speed: 333 km/h (207 mph) attained after around 250 meters Design: Arnold Neracher Rider: François Gissy 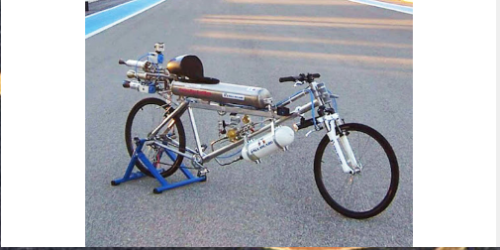 Gissy was seated atop a hydrogen-peroxide-powered rocket with three thrusters fastened to the frame of a long but otherwise ordinary-looking bicycle. “The Swiss Rocketman” set the mark on the famous Circuit Paul Ricard located at Le Castellet in the south of France, with his peak speed was attained after around 250 meters. In the process he also convincingly defeated a Ferrari F430 in a drag race. The 32-year-old Gissy broke his own record of 285 km/h established on October 7, 2013 in Interlaken (Switzerland). “We can go from 0 to 400 km/h in less than two seconds. But to design a more powerful bike, we would need sponsors,” Gissy said.