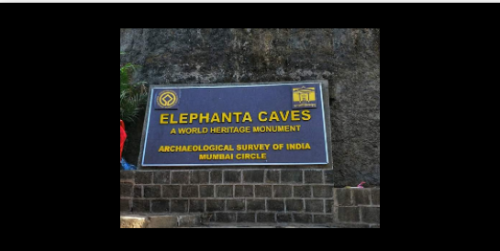 • First of all, Must need to point out that, it’s not only caves, but it is an island located in the Arabian Sea and consider under western India. Island is also known as Gharapuri (which means the city of Caves).

• Visitors can travel that island only by boarding the ferry from Gateway of India in Mumbai. It will take almost an hour to reach the island by ferry. 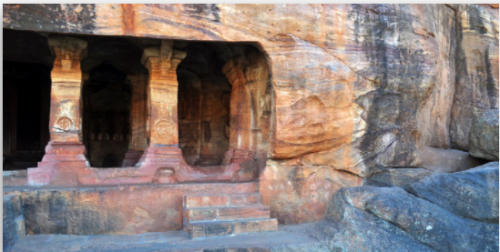 • This island is full with dense forest and plentiful ancient archaeological structures, which is the evidence of its rich cultural past.

• Archaeological Survey of India and UNESCO together has clarified that, the site was since ancient times.

Its sculptures and temples were constructed somewhere between the 5th to 6th century AD. 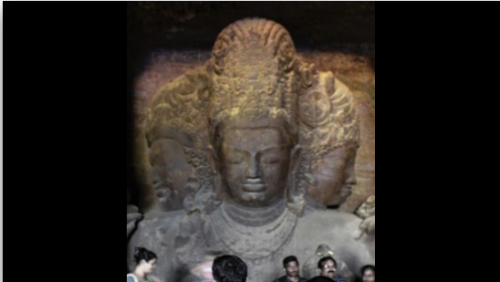 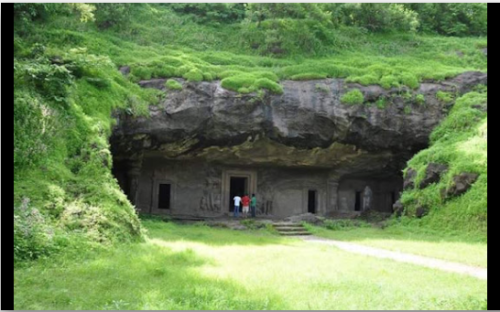 • In cave 1, the main attraction is “Trimurti sculpture” of lord Shiva, which represents three forms of Shiva creator, protector, and Destroyer identified with Vamadeva or Uma(at right half), Mahadeva(at central full face) and Aghora(at left half).

• It also has a sculpture of Gangadhar at the right of Trimurti and four-armed Ardhanarishvara at left.

And also has other sculptures of other forms of Shiva like a Shaktism, linga shrine, Mount Kailash, Nataraja (Lord of Dance), Yogishvara (Lord of yoga), Shiva slaying Andhaka and Kalyanasundaram.

Most of these sculptures are partially destroyed currently. 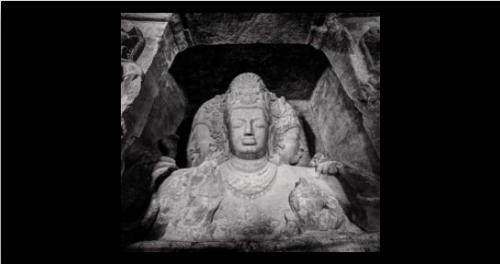 • Entrance of Cave 2 to cave 5 was completely destroyed, but it is restored in the 1970s by supporting four square pillars.

• Caves 6 and 7 are Buddhist caves that contain some of the stupas and water tanks.

• As per the UNESCO, (Source, https://whc.unesco.org/) [“The fifteen large reliefs surrounding the lingam chapel in the main Elephanta Cave not only constitute one of the greatest examples of Indian art but also one of the most important collections for the cult of Shiva.”

“The caves are the most magnificent achievement in the history of rock-architecture in western India.

The Trimurti and other colossal sculptures with their aesthetic setting are examples of unique artistic creation.”]