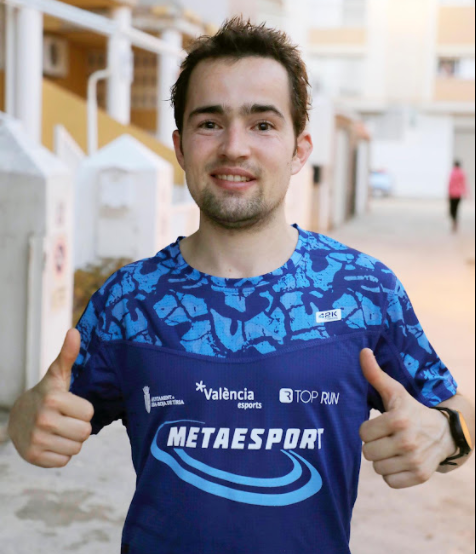 Iván Penalba López is an ultra-long distance runner born in Alfafar (Valencia) specialized in long-distance road and track races, specifically in the 12 and 24-hour distances, where he has repeatedly managed to break the records of Spain in different locations ( South Africa, Germany, Spain and Taiwan).

Although his mastery of the specialty is overwhelming, he has never been an interior runner, hardly using the treadmill for stress tests or very specific situations according to his condition as a top athlete.

He had never entered his plans to run an ultra distance on cover. In fact, just the day before the decree of the state of alarm by the covid-19, Iván was due in the 100 kilometers of Belgrade with the best personal mark included with a time of 6:58:17. 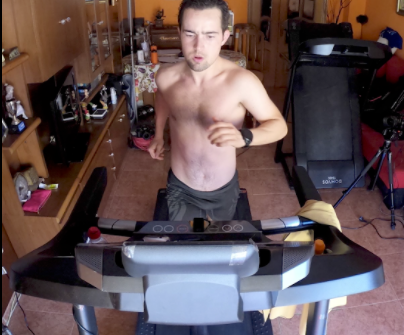 However, his spirit of self-improvement and the impossibility of doing any type of training outside his home forced him to completely change his routine of kilometers and strengthening sessions.

After a few days of adaptation and seeing that his body adapted correctly to a hard surface such as the treadmill, he decided with his coach Fabián Campanini to search for a personal brand in the 12-hour distance at his own home.

To date Iván had a better road record of 155,533 km in Lebach (Germany) and that was his goal, trying to match or exceed this brand, which would lead him, in principle, to improve the brands recognized as “world record” by different organizations (147.3 km from Australian Matthew Eckford, 152.50 km from Vino Intini or Dave Proctor’s 153.8 km).

Despite the complications of the state of alarm, Iván could count on the support of his main sponsor (42k Running) and the treadmills provided by Decathlon Aldaia (Valencia). In fact, two units of the same model were available at his home in case the main treadmill was not able to withstand the entire 12 hours without interruption.

The test, which started at 09.05 am, was broadcast live through the Facebook channel of its athletics club, CD Metaesport Riba-Roja de Turia and was attended by its technical director, Antonio Montoya, and the head of communication David Gómez. 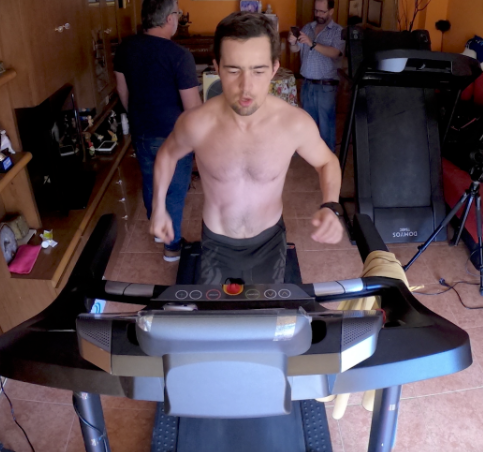 Likewise, through the social networks of Iván himself, viewers were informed of the athlete’s progression with images and video clips to see the evolution of the small Valencian athlete, weighing 50 kilograms and 1.59 meters tall.

The race was not easy, mainly due to unsuitable ventilation conditions in the family home and the inexperience of the athlete on a surface where he had trained up to 3 hours of continuous running in the confined state. headband.

Just after finishing the race, Penalba thanked all the fans and Internet users for their continuous signs of support and immediately ran down to greet the residents of the nearby houses that had been supporting him since the start of the test. 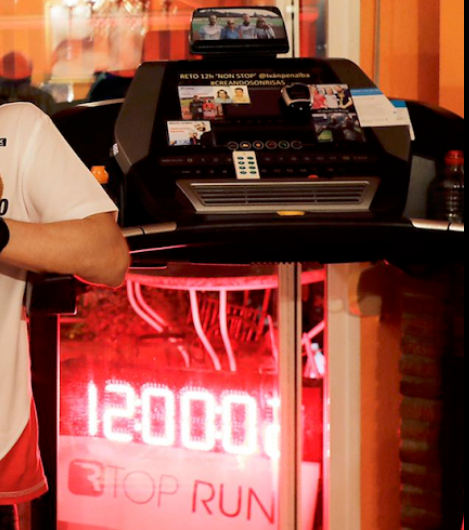 His mark of 155,080 kilometers is practically equal to his record for Spain on the track of 155,533 km, held in Lebach (Germany), on August 17, 2019 in the eleventh edition of the 12 hours Lions Laufs. In this season, currently suspended by the covid-19 pandemic, Iván Penalba, high-performance athlete by the Royal Athletics Federation, had the minimum required for the 2020 European Championship of 24 hours, to be held in September in Verona (Italy).

This achievement is dedicated to his sports team with his coach Fabián Campanini at the helm, his unconditional Box55 physio (David Valenzuela, Pablo Salvador, Alejandro and Juanma), his nutritionist Miguel Gorriz and his podiatrist Salva Jesuardo and Nuria.

Also to Rafa Cros and Milo Rodrigo, press officer and manager respectively. And especially his family, both his inseparable assistant during the test, his father Rafael Penalba, as well as his two most important supports, his mother Mari Carmen and his grandmother Consolación.

Iván Penalba’s statistics in the 12 hours on tape: